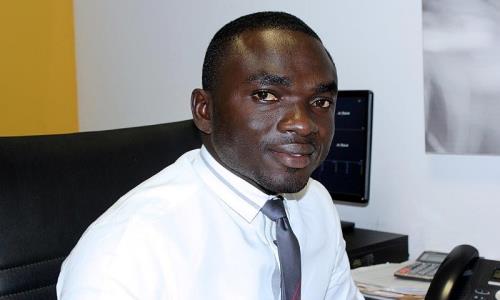 #Punish directors, shareholders of collapsed banks, S&L companies or it will reoccur-Economist

Economist and financial analyst, Jerry Jelili Afolabi, has predicted a recurrence of the banking crisis should the shareholders and persons who caused the mess are left unpunished.

He has therefore launched a campaign dubbed #prosecute the directors and shareholders with immediate effect, to serve as a deterrent to the existing banks and financial institutions.

The economist said the clean-up in the banking sector carried out by the Bank of Ghana (BoG), cannot be completed without the prosecution of the persons who brought the financial sector on its knees.

He said if Ghanaians want the government to punish the offenders behind the mess, we have to rise up and demand their prosecution.

He insisted, just like we launched drop that chamber that led to the suspension of the construction of the new parliamentary chamber, we have to also launch a campaign to get these offenders punished severely.

The Bank of Ghana says it has completed its clean-up exercise of the banking and specialized deposit-taking (SDI), and non-banking financial institutions (NBFI) sectors.

This was contained in a detailed statement issued by the central bank announcing the revocation of licences of 23 savings and loans companies last week.

The statement from the BoG said ”the Bank of Ghana has with effect from today, completed the clean-up of the banking, specialized deposit-taking (SDI), and non-bank financial institutions (NBFI) sectors which began in August 2017.”

According to the BoG, it has revoked the licences of 9 universal banks, 347 microfinance companies, 39 microcredit companies, 15 savings and loans companies, eight finance house companies, and two non-bank institutions.

The bank also assured the public it will continue to maintain discipline in the sector saying: ”The Bank of Ghana is committed to ensuring that the banking, SDI, and NBFI sectors remain resilient, inclusive, and supportive of Ghana’s economic growth trajectory. To ensure that the remaining institutions remain resilient going forward, the Bank of Ghana will remain vigilant, intensify on-site examinations and enforcement actions including the application of sanctions for non-compliance with statutory, prudential and other requirements, and ensure that early warning signs of distress are mitigated by regulated institutions expeditiously. The Bank of Ghana will also work with ARB Apex Bank to reposition the rural and community banking sector, to enable them to better support rural economic development.

However, Mr. Afolabi says the clean-up is incomplete without the prosecution of the directors, shareholders and persons who caused the mess.

He said the clean-up must be commander because it has helped in sanitizing the banking and financial sector.