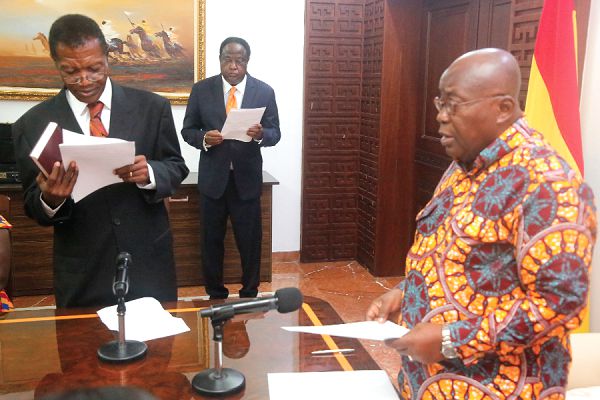 President swears in Ambassador to Togo

The president after administering the oaths of office, allegiance and secrecy, admonished the Ambassador to bring his experience to bear to enhance the relationship between Ghana and Togo.

According to the president, the relationship between Ghana and Togo was intimate since the two neighbours have their citizens on both sides of the border.

He said citizens from both countries live as one family and a single group who move in and out of the borders on a daily basis.

He further advised the Ambassador to work genially with the professional diplomats who were already stationed at the embassy by bonding with them in order to tap their assistance to succeed.

Mr Demitia promised not to betray the trust the President had reposed in him, and pledged to help seal the already cordial relations between the two countries.