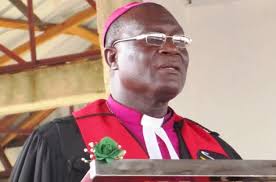 Politicians will become thieves if you continue to demand money from them-Rev. Ayensu to voters

The Superintendent Minister of the Methodist Church of Ghana, Rt. Rev. Stephen Richard Bosomtwi-Ayensu, has cautioned Ghanaian voters to be measured in their demands of politicians financially.

The man of God said Ghanaians have contributed to the growing rate of corruption due to the pressure they mount on political leaders.

According to him, the practice is a disincentive to the development of Ghana’s democracy and the fight against corruption.

He said such excessive demands on parliamentarians, ministers and other political leaders breeds’ political corruption.

In his view, political leaders, ministers, parliamentarians are not moneymaking machines to be meeting every financial demand of constituents.

Rt. Rev. Stephen Richard Bosomtwi-Ayensu made the appeal in an interview on Nyankonton Mu Nsem on Rainbow Radio 87.5Fm.

He admonished voters to assess candidates seeking political power based on their competencies, qualification and vision, and not the financial benefits they will gain from voting for an individual.

Some MPs have complained about pressure to support their constituents financially.

The situation is so terrible to the extent that some constituents demand financial assistance from their MPs to organize naming ceremonies funerals among other activities.

The First Deputy Speaker of Parliament Joseph Osei Owusu in 2017 appealed to Ghanaian to reduce their financial demands of Ministers and MPs since the situation is overburdening them.

But the man of God says we must not allow this to continue because it is dangerous and evil.

‘’You don’t elect parliamentarians or leaders to go to the office and be giving you money. We don’t have a moneymaking machine in their offices. That is why corruption is growing. This has also contributed to the under-performance of some of them. Others have also turned thieves due to the pressure voters’ mount on them. It is not the desire of some political leaders to be corrupt, but the pressure voters’ mount on them is unbearable,’’ he lamented.