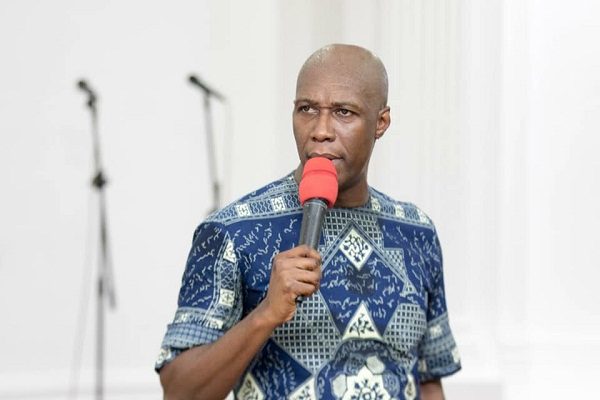 PDS deal stinks; it has exposed forgery in the application of contracts & jobs in Ghana-Prophet Oduro

Delivering a sermon on salvation on Sunday August 4, 2019, the man of God said the PDS deal only exposes the rot in our system.

The man of God said when an audit is conducted; Ghanaians would be shocked at the level of corruption and forgery that people used in winning government contracts and their jobs in some state institutions.

Prophet Oduro was worried at the level of lies, deceit and the schemes used by some Ghanaians to defraud the state for their selfish interest.

He slammed authority for failing to do due diligence before the concession was given.

Using the application for a visa as an analogy, the man of God said, before a visa is given an applicant, they scrutinise all the documents presented and so,’’ whys should we award a contract to someone and later realised that the documents used in getting the contract, was forged?

Prophet Oduro stressed the situation was not different in the application as people fake their certificates and documents in order to get appointments or jobs.

‘’There are chief directors, police officers with fake documents, there are practicing medical practitioners who don’t even qualify. If we want to do the right thing, we should start all over and audit every worker, you would be shocked at the outcome,’’ he added.

He also touched on ghost names on the payroll saying, there were names on government payroll receiving salaries although they did not exist.

It was past time to address quick-money advertisements on…

The Auditor-General, Daniel Domelevo, in 2018, expressed worry over the existence of ghost names on the payroll.

In that same year, the AG revealed that 45 per cent of the country’s revenue is spent on paying just about 600,000 workers on the government’s payroll and described the situation as worrying.

Speaking at the launch of the National Payroll Verification Audit in Kumasi, Mr Domelevo entreated heads of district assemblies and other government institutions in the region to ensure that all their staff got verified, adding that they also had to ensure that they were the right personnel working with them.

Set Examples at your offices

Prophet Oduro challenged Christians working in state institutions to exhibit high sense of integrity, morality and fear of God in order to help clean the system of corruption, evils and manipulations.

Government has confirmed that it would take 30 days to probe the power distribution agreement with the Power Distribution Services (PDS) Ghana Limited.

The probe to be conducted in both Ghana and outside of the country is to help establish who made false representations to the government to drive it into the agreement.

At a press conference in Accra Thursday, August 1, 2019, the Minister of Information, Mr Kojo Oppong Nkrumah said the probe was being led by experts from Insurance Companies, Ministry of Finance, Ministry of Energy, Electricity Company of Ghana (ECG) and the Millennium Development Authority (MiDA).

He said they were to help the government to take consequential actions regarding the breaches of some parts of the concession agreement between the state and PDS.