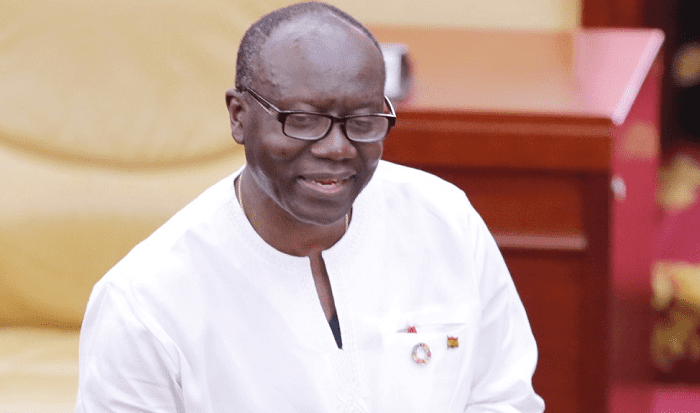 The Finance Minister Ken Ofori-Atta says the prudent economic management by the ruling New Patriotic Party (NPP), under the leadership of President Akufo-Addo,  influenced the decision to have the Secretariat of the African Continental Free Trade Area (AfCFTA), hosted here for the first time.

The Minister told parliamentarians on Monday that the competence of the NPP in restoring confidence in the economy has set the right tone for this achievement.

He indicated that the institution when hosted, will spur trade and economic growth in Africa and with Ghana hosting the secretariat, this will advance our goal of becoming a regional economic hub, he added.

The Minister said ‘’…our remarkable achievements over the 31 months have been noticed even beyond the shores of Ghana, setting the right tone for attracting massive support for Ghana to win the bid to host the Secretariat of the African Continental Free Trade Area (AfCFTA). This is the first time Ghana is hosting a continental African institution. AfCFTA is an institution covering all African countries with a population of 1.2 billion and a GDP of US$2.5 trillion.’’

Mr. Ofori-Atta further indicated that plans were underway to redevelop the Ghana Trade Fair Site, which is aimed at redeveloping the facility into a world class centre.

He said ‘’Last Thursday I participated in the Investor Conference of the Ghana Trade Fair Site Redevelopment Project, which is aimed at redeveloping the Ghana Trade Fair Site into a first-class international convention and exhibition centre, supported by other infrastructure such as world class hotels, retail facilities and offices. The facility, when completed, will support international events generated by opportunities such as Ghana hosting the AfCFTA Secretariat. The Trade Fair Redevelopment Project, which is already in motion, is estimated to inject about US$2 billion in private sector investment into the economy and generate thousands of jobs for the people of Ghana, especially the community around the facility.’’

Ghana has been chosen by the Assembly of Heads of State and Government of the African Union (AU) to host the Secretariat of the African Continental Free Trade Area (AfCFTA).

IMF boss was being diplomatic with the true state of…

The announced was made Sunday, July 7, 2019, at the 12th AU Extraordinary Summit held in Niamey, after Ghana beat off competition from Egypt, Eswatini, Ethiopia, Kenya, Madagascar and Senegal.

The core mandate of the Secretariat will be to implement the African Continental Free Trade Area Agreement, which has since been ratified by 25 member states.

In his acceptance speech, at the closing session of the Summit, President Nana Addo Dankwa Akufo-Addo, thanked the Assembly for the decision, stating that “it is a privilege that, for the first time in our nation’s history, we have the responsibility of hosting an important pan-African institution”.

He expressed gratitude to President Macky Sall of Senegal for stepping down Senegal’s candidature in favour of Ghana and also to the leaders of Egypt and Ethiopia, their Excellences Abdel Fattah el-Sisi and Abiy Ahmed respectively, for similar gestures of solidarity.

The Ghanaian President applauded the member states that have deposited their instruments of ratification at the AU Commission Headquarters in Addis Ababa.

Forty-four Heads of State and governments of the African Union (AU), including Ghana, on Wednesday, 21st March 2018, signed an agreement in Kigali, Rwanda, to establish the African Continental Free Trade Area (AfCFTA).

Experts say the signing and implementation of the treaty on the AfCFTA will result in an increase in intra-African trade by 52 percent by the year 2022, culminating in substantial improvement in the lives of African people. Ghana’s President, Akufo-Addo, was in Kigali, Rwanda, to sign for his country.

Despite the cynicism, the establishment of the AfCFTA, according to the Chairperson of AU Commission, Moussa Faki Mahamat, the AfCFTA would result in a unified market of over 1. 2 billion people, with a combined gross product of over US$3 trillion.”

The AfCFTA is a culmination of a vision that was set forth nearly 40 years ago in the Lagos Plan of Action, adopted by Heads of State in 1980. That undertaking led directly to the Abuja Treaty, establishing the African Economic Community in 1991.

Despite Covid-19 & the Russian-Ukraine conflict, we are committed to building a…

The major reason for cedi depreciation is speculative activities-Gov’t