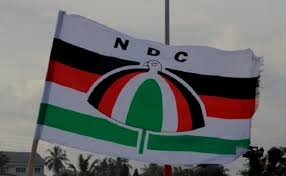 Alexander Akuako, a member of the opposition National Democratic Congress (NDC), has expressed interest in contesting the parliamentary seat on behalf of the party.

He has expressed interest in the Bortianor-Ngleshie-Amanfrom seat.
He has since picked and filed his nomination to contest as a candidate.

In an interview with Kwabena Agyapong on Rainbow Radio 87.5Fm, he said he desires to snatch the seat from the ruling New Patriotic Party (NPP).

The aspirant wants to improve education in the constituency with his interest in basic education.

The third agenda is to improve sanitation in the area, he said.

Mr Akuako says he has already launched an initiative to help train the youth in bead making, make-up among others.

Aside from the training, he has created an avenue where the beneficiaries could sell their products after production.

He said the NDC is the only party with the competence to save Ghanaians from the hardship citizens are going through.

The ruling party he noted has failed woefully hence the need to vote the umbrella family back to power.

An NDC government will provide better leadership, transparency and accountability to the people.

He is contesting six other candidates for the parliamentary candidacy.
However, Mr Akuako says he is not perturbed.