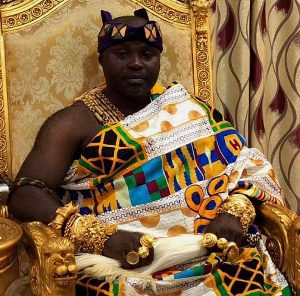 Murder of Asanponhene: Residents shocked as Queen mother is accused of murder

Residents at Pakyi Number 1, a suburb in the Ashanti Region have expressed shock as the name of their queen mother, Nana Hemaa Serwaa Bonsu, has been allegedly mentioned in connection to the murder of Otumfuo’s Asanponhene.

Despite the fact that the police have not officially mentioned the name of the queen mother, the residents have accused her and associated her name to the issue, Rainbow Radio’s Alhaji Malik Anokye reported.

He said the residents in the area are very shocked over why people were pointing accusing fingers at their queen mother.

We’ve adopted measures to maintain the road network in…

Meanwhile, the Police in the Ashanti Region has secured a court warrant for the arrest of one Mohammed Sadat, in connection to the murder.

Mohammed Sadat, 38, is said to be the suspect in the gruesome murder of the prominent Manhyia Palace sub-chief who used to the chief driver of the Asantehene, Otumfuo Osei Tutu II.

Deputy Ashanti Region Police Commander, ACP David Agyemang Djem told the media, the suspect was seen in a convoy with the chief on the day he was killed.

The suspect who is a spiritualist also owes the late sub-chief an undisclosed sum of money, the police say.

uniCredit sues BoG over the revocation of licence

Wassa Agave: Residents using Classroom of D/A School as a place of convenience