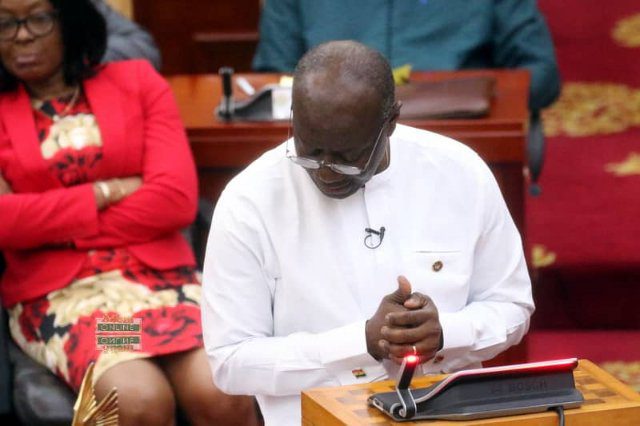 The Minority will today (Tuesday) hold a press conference to react to the mid-year budget review presented by the Finance Minister on Monday.

The Finance Minister in his presentation sought an approval from the house to spend some GHC 6 billion due to revenue shortfalls.

The budget saw an upward revision of the 2019 appropriation ceiling and its underlying measures, in order to achieve the objectives of the 2019 budget theme of expanding the economy and increasing jobs.

Legislators passed last year passed the Appropriation Bill, giving the government the green light to spend some GH¢78, 771, 833,602 billion for the 2019 financial year.

It is this amount that the statement from the Finance Ministry says it will seek to review upwardly.

The government over the 2019 financial year was expected to spend GH¢95.6 million to subsidise electricity bills for customers.

Out of the GH¢ 78.7 billion, GH¢ 19.4 billion was also permitted to be used to pay compensation of employees (wages and salaries, pensions, gratuity and social security).

A further GH¢ 18.6 billion was earmarked to service domestic and external interests on existing debts, while GH¢ 13.7 billion will go to grants to other government units such as the National Health Insurance Fund, the Ghana Education Trust Fund, Road fund, Petroleum Related Fund, District Assembly Common Fund, Retention of Internally-Generated Funds, Transfer to GNPC and other earmarked Funds.

Also, capital expenditure took some GH¢ 8.5 billion, while GH¢6.3 billion went into the use of goods and services.

Some GH? 730 million was allocated to arrears and GH¢ 5.3 billion will go to amortisation.

The budget also saw the Luxury Vehicle Tax scrapped but talk tax increased by 3% from the previous 6% to 9%.

Ken Ofori-Atta has announced at least 15 new measures to address the energy sector challenges which include increasing the Energy Sector Levy (ESLA) from 17% to 21%.

The country, he said, is currently paying over ¢2.5 billion annually for some 2,300MW in installed capacity which the country does not consume.

“Currently, according to the Energy Commission, our installed capacity of 5,083 MW is almost double our peak demand of around 2,700 MW. Notably, 2,300 MW of the installed capacity has been contracted on a take-or-pay basis. This means that we are contractually obliged to throw away money for this excess capacity which we do not consume…

“About 640 mmscf of the contracted gas supply is on a take-or-pay basis, meaning we have to pay whether we use it or not. From 2020, if nothing is done, we will be facing annual excess gas capacity charges of between $550 and $850 million every year.

“Mr. Speaker, we cannot allow this situation to continue. There is no doubt that the situation in the energy sector is shocking the economy. We are in a state of emergency and must, therefore, respond with urgency and boldness.

“We shall from August 1st 2019, with the support of Parliament, make take-or-pay contracts a beast of the past,” he lamented.

But the Minority says the increment in the talk and energy sector levy has shown how insensitive government has been to Ghanaians.

According to the Minority, the NPP administration has failed to deliver on its promises of delivering to them the better economy they promised.

The Minority has therefore asked Ghanaians to brace themselves for hardship in 2020.

State of emergency declared in the energy sector