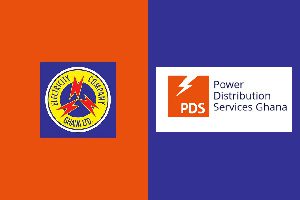 Mahama would have been ‘skinned alive’ over PDS fiasco, so allow us to blame Nana Addo-NDC Man

Appearing on Frontline on Rainbow Radio 87.5Fm, he wondered why personalities such as Rev. Prof. Martey, Prof. Adei and the Catholic Bishops Conference have remained quiet over the alleged corrupt deals under the current NPP government.

He raised questions over the owners of PDS and the connection with government.

He quizzed why the NPP ‘’with their competent and learned people failed to do due diligence before the PDS deal was signed’’.

He ids alleging that the PDS deal was a grand scheme to defraud the state by some elements of the ruling government.

Government has explained that documents presented by PDS as a guarantee for the takeover of the power retailing and distribution company were forged.

Delali Seworkpor maintained that the PDS deal was an avenue for ‘’create, loot and share’’ however, the deal went bad and the benefactors could not loot again after their activities were exposed.

He said ‘’former President Mahama was lambasted and attacked over alleged corrupt cases but we are being told not tag the president as corrupt. Why are we being hypocritical? Mahama was blamed for everything but today, Nana Addo should not be blamed for anything going wrong under his administration, he is complicit in all these corrupt deals. He was described as incorruptible but he is deep rooted in all these cases. Nobody can convince me that the president is not deep rooted,’’ he said.

In his view, the Finance Minister, Energy Minister and all other individuals involved with the PDS fiasco should resign from their positions.

Addressing the media on Thursday, he said the probe was being led by experts from Insurance Companies, Ministry of Finance, Ministry of Energy, Electricity Company of Ghana (ECG) and the Millennium Development Authority (MiDA).
He said they were to help the government to take consequential actions regarding the breaches of some parts of the concession agreement between the state and PDS.
“The inquiry will determine the nature of the breaches and advise on suggested next steps,” Mr Oppong Nkrumah said and added that by Tuesday [August 6, 2019], the team was expected in Doha in Qatar as part of the inquiry.

The Minister added: “all interested parties are cooperating with the inquiry”, noting that “A second team has been tasked to continue engagement with the American government through its agency the Millennium Challenge Corporation” and added that “This engagement is about the possible next steps after the inquiry and channels for sharing information as part of this inquiry. That team is expected to also be in the USA possibly next week as part of their engagement.”