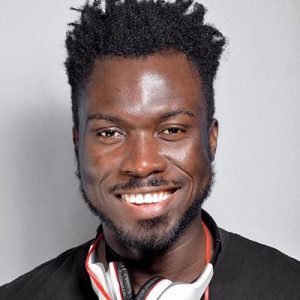 Award-winning Ghanaian movie director, Kobi Rana, has slammed persons who have described him as gay.

He said he does not pay attention to these negative comments because they are only negative stories being fueled by negative people.

He was responding to perceptions by some individuals that his nudity roles in his movies make him a gay.

But in a strong tone, the director of the award-winning movie, ‘Sallah’ said it makes no sense for one to compare his movie roles to his personal life.

According to him, he is no longer worried at these stories because he has been accused of worse things compared to being gay.

“I am not bothered by these stupid and foolish stories. I can not go the house of every individual defending myself so I don’t entertain such stupidity. I just don’t like that issue. Do you ask people in interviews whether they are straight?

Meanwhile, he has said the movie that gave that negative impression about him being gay was a movie he directed in 2008 tilted, ‘Kiss Me if You Can’.

He said as an actor, he does his best to interpret roles to the best of his ability hence if some people would want to tag him as gay, he would not be bothered.