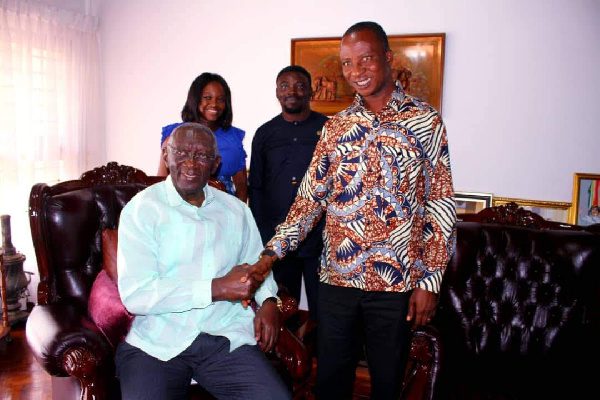 Aspiring parliamentary candidate for the New Patriotic Party (NPP) in Amasaman, Akwasi Afrifa-Mensa says he was sure of victory following the goodwill he has received from the youth in the constituency.

He was optimistic with him as parliamentary candidate; the NPP will snatch the seat from the National Democratic Congress (NDC) current MP, Emmanuel Nii Okai Laryea.

He said it is the NPP that could manage the constituency better than what the NDC MP has done hence the need for delegates of the party, to give him the nod to represent them in 2020.

The constituency he lamented lacks access to good roads and when giving the nod as MP, he would lobby to ensure that the poor roads are repaired.

He also touched on deplorable state of some school buildings in the constituency.

According to him, the party lacks a core person to represent their interest in the constituency and as part of his efforts; he has managed to change that narrative but wants to expand the movement to ensure his people get their fair share of the national cake.

One major thing he seeks to do is to construct an office for the party as they currently occupy a rented one.

To him, there is a wind of change brewing in Amasaman and residents have pledged to support his candidacy.

Afrifa-Mensa said he would not be bothered should the residents vote him out should he fail to perform in his first term.

Mr. Afrifa-Mensa was born on 4th March 1971 at Asaam- Mampong Ashanti in the Ashanti Region.

He has also held several other political positions in the Amasaman Constituency of the New Patriotic Party.