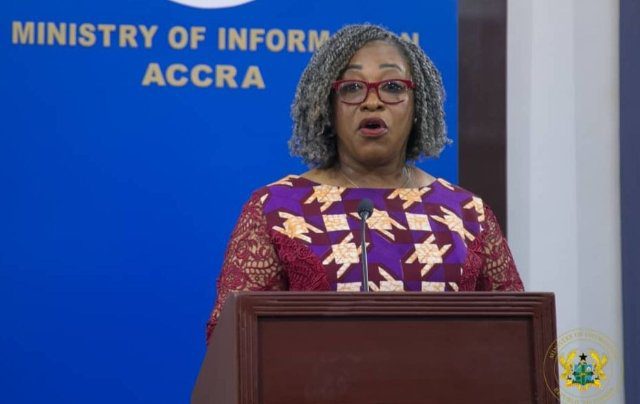 Foreign Affairs Ministry to regulate recruitment of Ghanaians into the Gulf

The Foreign Minister Shirley Ayorkor Botchwey has announced moves by government to regulate how Ghanaians go into the Gulf countries to work.

Taking her turn at the ‘Meet the Press’ series organized by the Ministry of Information said the ministry was in the process of establishing a legal framework that will regulate the activities of such migrants.

The Minister told journalists the move would address the cases of abuse of Ghanaians who travel to Saudi Arabia, Kuwait, the UAE and other countries in the region to work.

Ayorkor Botchwey said the framework involves agreements between Ghana and the countries in how domestic workers recruitment and others are carried out.

There’ve been reported cases of abuse of women who migrate to the Gulf States to see greener pastures.

The unsuspecting females, who travel to those countries for greener pastures, are either forced into doing demeaning domestic work or prostitutes.

The Government of Ghana, in 2017, placed a temporary ban on recruitment of workers to the Gulf countries after a hype in reported cases of abuse.

The Ghana Immigration Service said in a report in 2015 that over 2,000 young Ghanaian women were stranded in Kuwait, Qatar, Saudi Arabia and Lebanon only after five months of reaching the countries through fake recruitment agencies that promised them lucrative jobs.

The report said the women were mostly subjected to sexual molestation and inhumane treatment and they cannot afford to return to Ghana.