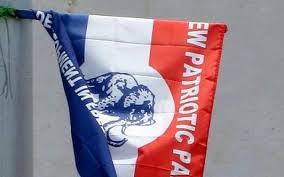 A Ghanaian based in the United Kingdom and a member of the New Patriotic Party (NPP), Mr. Eric Amofa, has expressed interest in the Asante Akyem constituency seat.

Mr. Amofa admonished delegates to votes massively for him to represent the party in 2020.

The party he noted will win the seat in 2020 due to the successes chalked by the Nana Addo led administration.

Speaking to Kwabena Agyapong from his base in the UK, Mr. Amofa said the track record of the NPP is unmatched.

He was optimistic the NPP will remain in power over a long period of time until such a period when Ghanaians will see the major developments initiated.

He said the NPP has rolled out policies aimed at improving the lives of citizens.

He made mention of the free senior school saying, the policy has brought relief to parents especially those without the financial mussel top see their children through SHS.

The New Patriotic Party (NPP) will, on September 28, 2019, hold its election for parliamentary candidates in constituencies where the party has no sitting Members of Parliament (MPs).

Members elected in these areas, which are often referred to in political circles of the country as ‘orphan constituencies’, will represent the party in the 2020 parliamentary election.

It has set the primaries where it has sitting MPs to a different date, which it was yet to communicate.

The seat is currently occupied by Mr. Kwaku Asante-Boateng of the New Patriotic Party (NPP).