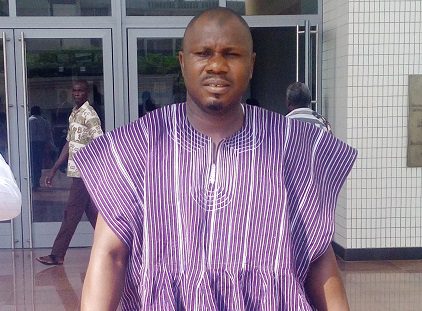 He said it was unfortunate, irresponsible and politically unwise for the NDC to play politics with the issue, which is currently under investigation.

Saka Salia told Kwabena Agyapong on Rainbow Radio 87.5 Fm that the calls on government to terminate the PDS deal with immediate effect by the Minority, is a misplaced call when the party involved has not been given a fair hearing.

He said the decision to suspend the deal was the best government took, thus the attacks on the president and his administration are unwarranted.

He described the reactions from the minority as populist and only makes a case out of nothing.

Saka Salia said apart from being a Ghanaian, he has a special interest in the matter and recounted how he led a group of interested Ghanaians to stand against the concession but had to later ‘’bend their rules’’ to ensure the PDS was in the interest of Ghanaians.

In 2016, Saka Salia dragged the Energy Commission and the Millennium Development Authority (MiDA) and accused of fraud in the transaction for the handing over of the Electricity Company of Ghana (ECG) to a private concessionaire.

However, an Accra High Court has ruled that a suit seeking to injunct a process led by US aid agency Millennium Development Authority (MiDA) to put power company Electricity Company of Ghana (ECG) on concession lack the capacity to bring the case.

The court, presided over by Justice Norvisi Aryerne, said Saka Salia, a private citizen failed to show capacity entitling him to bring the action.

The ruling gave MiDA the go-ahead to engage shortlisted private investors one of who will be chosen to manage ECG for 25 years in a concessional agreement.

Justice Norvisi Aryene in her ruling said the injunction request once granted, will open the flood gates for persons to abuse court processes to halt government projects.

Commenting on the fallouts from the deal and the suspension, coupled with comments that have followed, he said the deal couldn’t be termed as fraudulent until a proper probe has been done.

To him, the opposition should not smear the name of the president to the suspended deal because he cannot be complicit.

He insisted assigning blame when the probe has not been done, ‘’is premature’’.

He said the NDC should have taken steps to abrogated the deal because the IFC at the time had engaged in fraudulent activities, a situation which informed his decision to go to court.

“It is premature for anybody to even go out there and point fingers based on these suspicions. That is why a probe has been initiated to unravel the breaches and those involved.’’

The government of Ghana signed the deal in a hurry to meet its contractual demands.

He said there was a deadline by which the agreement should have started.

He however was quick to add that government did not go to sleep but did a lot of  scrutiny and that is what has revealed the breaches leading to the suspension.

The government says it will take 30 days to complete its full-scale inquiry into the breaches.

The probe will include a trip to Qatar where a company thought to have guaranteed for PDS, denied knowledge of any documentation.

Former President John Dramani Mahama, in August 2014 in Washington DC, USA, signed an agreement with US government through Millennium Challenge Corporation (MCC) to support Ghana’s electricity sector with a grant of US$498.2 million to undertake specific programs and projects aimed to address the challenges in the sector.

The decision to implement the power compact was largely influenced by the prevailing power crisis which begun in 2013, and, thereby resulting in thousands of Ghanaians being thrown out of jobs with an estimated $622million loss to the economy per annum.

The Power Compact II which was designed to create a self-sustaining energy sector in Ghana by reforming laws and regulations needed to transform the country’s power sector was also to allow private sector participation in ECG with the Power Distribution Services (PDS) expected to make an initial investment of US $ 586million over the first five years of its operations.

Per the initial agreement, the concessionaire was to hold 80% stake and manage ECG for a period of 25 years, while the Ghanaian ownership was to be the remaining 20% stake.

However, in fulfilment of a campaign promise prior to the 2016 general elections, President Akufo-Addo, upon assumption of office and through the then Energy Minister Boakye Agyarko reviewed the terms to the current one; where the Ghanaian ownership is 51% share with Meralco Consortium grabbing the 49% stake.