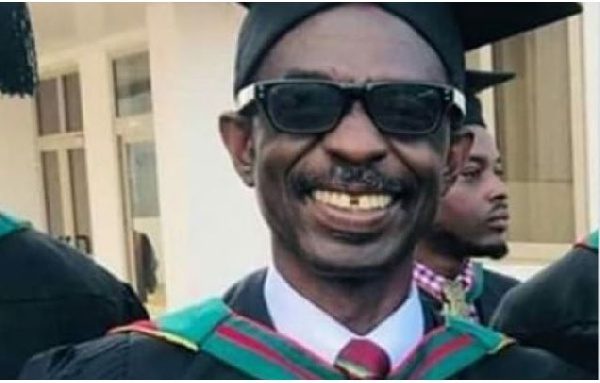 General Secretary of the main opposition National Democratic Congress (NDC), Mr Johnson Asiedu Nketiah, has graduated from the Armed Forces Command College with a Master of Science degree in Defence and International Politics.

His graduation pictures flooded social media with some commending and patted him on the back for the feat chalked.

A member of the party on Facebook by name Efo Kormi said: ‘’congratulations on your graduation at the Ghana Armed Forces Command and Staff College…Master of Science in Defence and International Politics. Johnson Asiedu Nketiah, we are proud of you. Our incoming Vice President.’’

Popularly known as General Mosquito, Mr Nketiah was a member of parliament for the Wenchi West constituency from 1992 to 2000.

He is the longest-serving General Secretary of the NDC, having won the position for the first time in 2008.

In December 2005, he won by almost 80 per cent of the votes to become the third General Secretary of the NDC.

In 2018, he beat his then-deputy, Koku Anyidoho in a landslide victory to retain his position for the third time.

He was a Member of Parliament for the Wenchi West constituency for more than 12 years.

His achievements included the connection of Seikwa to the national grid; permanent structures of the Seikwa Market and lorry park complex; rehabilitation and extension of the Seikwa water supply system.

From 1997 – 2001, he served as a Deputy Minister of Food and Agriculture (Crops) and policies he  successfully implemented during his tenure included: Unified Agric Extension System; Decentralisation of MOFA; Youth in Agriculture; High Tech Cocoa maintenance; introduction of improved varieties of cassava, maize and rice.

Another lady kidnapped in T’di has escaped from kidnappers