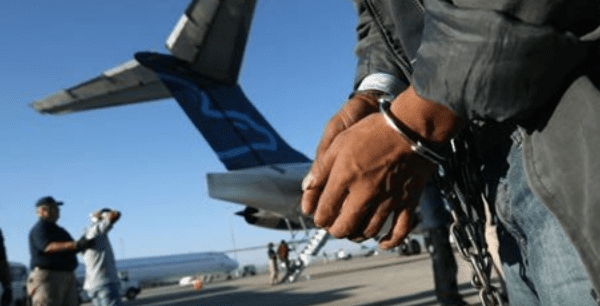 40 Ghanaians deported from the US arrive

Forty Ghanaians aged between 21-70 years have been deported from the United States of America (USA).

The deportees made were made up of 38 males and two females.

They arrived on board a chartered flight, Omni Air International Boeing 777 – OAE 328, Monday.

The Public Relations Officer of the Ghana Immigration Service (GIS) at the Kotoka International Airport (KIA), Assistant Superintendent of Immigration (ASI), Barbara Sam confirmed the arrival in a statement.

Detailing how they arrived, she said two of the deportees travelled with their Ghanaian passports while 38 others were with Travel Certificate (TC) issued by the Ghana Mission in Washington, DC.

The deportees we’re taken through the required disembarkation process chief among which is authenticating their nationalities, upon their arrival at the Kotoka International Airport.

Relief for Visitors to CID Headquarters

Koku Anyidoho writes: Should We Continue To Give Contracts To Public Servants Who Attain The Retirement Age Of 60?