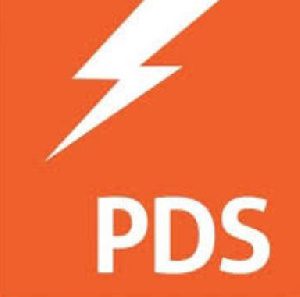 The Minority in Parliament is demanding the immediate termination of the agreement between the Power Distribution Services (PDS) and the government.

The Minority is of the view that the deal was avenue for create, loot and share.

“We hold President Akufo-Addo squarely responsible and liable for this embarrassing spectacle. Government and officialdom are neck deep in this failed Create, Loot and Share plot.”

Fellow Ghanaians, the so-called suspension of the concession is only a smoke screen to cover up Government’s complicity in this whole scandal of gargantuan proportion.”

The Minority addressing the press today said there is no tenable justification for PDS to stay on as a power distributor.

A Member of Parliament’s Committee on Mines and Energy, John Jinapor, in his address said “This concession agreement must be terminated without any further delay.’’

The Minority noted further that government must “Identify and not only identify but go ahead and prosecute those responsible for this fraudulent guarantee as confirmed by no other person than the Minister of Energy.”

Pay us our ten months’ arrears, we worked for it-…

“We must also identify, smoke out and prosecute all government officials who collaborated in this scandal as far as the guarantee and the concession is concerned. Ensure full refund of monies and interests thereof collected by PDS during this month period. Dissolve the current board and appoint a competent, non partisan board that trusts the capacity to ensure that ECG continue to serve the people of Ghana,” Jinapor added.

He also accused government of fudging the original Power Compact II agreement to hand over management of the Electricity Company of Ghana (ECG) to surrogates of the New Patriotic Party (NPP).

“This project was expected to significantly improve access to electricity, ensure operational efficiency, turn around ECG, increase their profitability and have a sustainable, reliable and resilient delivery of power to the good people of Ghana,” said Jinapor.

“Unfortunately, however… upon assumption of office by the Akufo-Addo administration under the guise of the so-called local content participation, the government deliberately altered the original agreement in a manner and fashion to pave way for the contracts to be awarded to a cabal of companies that have no track record in the energy sector,” he stated during a press conference Thursday in Accra.

“This cabal …critical investigations revealed are not experienced in the power sector but rather a group of friends, cronies and NPP party apparatchiks contrary to the original goals, objectives and aspirations of the programme.”

Government of Ghana in the late hours of Tuesday, July 30 announced the abrogation of the contract with Power Distribution Services barely six months after the company took over from the Electricity Company of Ghana.

In a statement signed by Information Minister Kojo Oppong Nkrumah, it disclosed that “the decision follows the detection of fundamental and material breaches of PDS obligation in the provision of Payment Securities (Demand Guarantees) for the transaction which have been discovered upon further diligence. The Demand Guarantees were key prerequisites for the lease of assets on 1st March 2019 to secure the assets that were transferred to the concessionaire.

It further indicated that steps were underway to unveil the details that went into it as government is conducting a full enquiry into the matter.

Man abusing toddler in a viral video not arrested yet- Police