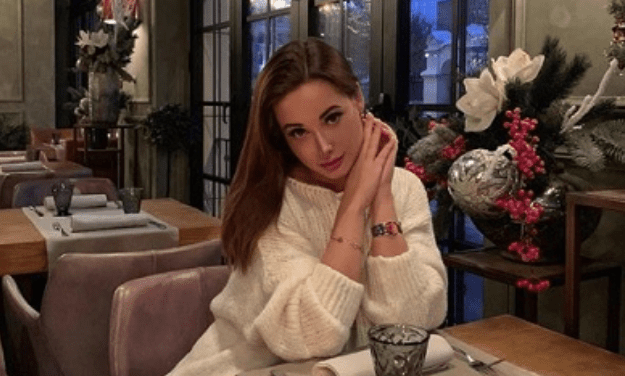 Sugar daddy kills lover after she called him ugly

A suspect questioned over the death of an Instagram influencer whose body was found in a suitcase has confessed to her murder, Russian police say.

In a video released by prosecutors, Maxim Gareyev confesses to stabbing Ekaterina Karaglanova, 24, “at least five times in the neck and chest”.

The circumstances of the confession, and whether the suspect had a lawyer present, are not clear from the video.

Ms Karaglanova had a large Instagram following and was a qualified doctor.

Her body was discovered by her parents and landlord on Friday in a suitcase in the hallway of her apartment building in Moscow, police said.

Her father had requested an ambulance, but Ms Karaglanova was reportedly already dead with a slit throat.

Police said there was no evidence of any struggle at the apartment, and no weapon was found at the scene, Russian daily Moskovsky Komsomolets (MK) reported (in Russian).

What has the suspect said?

Seen in the video released by Russia’s Investigative Committee, 33-year-old Mr Gareyev told officers he had lashed out at Ms Karaglanova, with whom he says he had an intimate relationship, after she “repeatedly insulted and humiliated” him.

Mr Gareyev said he had given Ms Karaglanova money whenever they got together, and that she had begun mocking him at their last meeting.

“She told me that I was ugly and that even plastic [surgery] would not help me,” he said, saying she had told him it would take a year for him to save enough money for them to meet again.

Investigators said earlier that CCTV footage had captured a man connected to Ms Karaglanova briefly visiting her property in the days around her disappearance.

According to a report in MK, Ms Karaglanova had recently started a new relationship and had planned a holiday to The Netherlands to celebrate her birthday on 30 July.

What do we know about Ms Karaglanova?

Ms Karaglanova held a residency at a medical school in Moscow and practised as a doctor specialising in dermatology.

She was also a prominent social media personality, regularly sharing images of herself with her 85,000 Instagram followers.

In this post from March, she wrote about her plans for redecorating her flat, trips abroad and “another important activity I’m thinking about, which I’m not going to talk about for now”.

Her posts also included various European locations as she travelled throughout the continent.

In her final post, which featured a picture captured on the Greek island of Corfu, she wrote that she liked to “travel often, but in each country I spend no more than 3-5 days”.

As well as her Instagram account, Ms Karaglanova also maintained a popular travel blog, which had thousands of subscribers.

Ahamadiyya Muslim Mission to build a modern Tech. Institute in each African Country