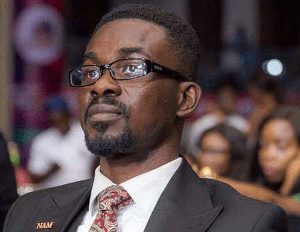 NAM1 still in custody for failing to meet bail conditions

The Chief Executive Officer of Menzgold, Nana Appiah Mensah, alias NAM1, is still in police custody for failing to meet his bail conditions.

The Accra Circuit Court last Friday granted him bail in the sum of GH¢1 billion, with five sureties.

Per the bail conditions as ordered by the court, three of the sureties must be justified, while NAM 1 must also report himself to the Ghana Police Service every Wednesday.

However, seven days after his bail was granted, NAM1 is still in police custody because he has not been able to meet the conditions of his bail.

The fight against galamsey has been poor- Asantehene

Confirming this on Accra-based Citi FM, management of the embattled gold firm say they will file a review of the bail conditions.

NAM1, together with his wife, Rose Tetteh, and his sister, Benedicta Mensah, have been accused of defrauding 16,000 people of GH¢1.68billion in the name of investing their monies.

The three accused, Menzgold and its sister company, Brew Marketing Consult Limited (both represented by NAM 1), have been slapped with 13 counts.

NAM1 has however pleaded not guilty to all the charges. His wife and his sister are, however, at large.