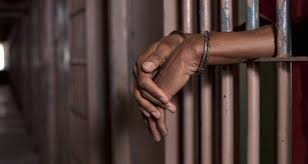 Men patronising services of prostitutes to be arrested & prosecuted-GIS

The Director of Immigration in the Ashanti Region, Michael Kwadede has served notice of plans to arrest and prosecute men patronising the services of sex workers.

He made the disclosure at a press conference organised by the Regional Security Council to brief the media on an initiative to clamp down on sex workers in the region.

“It is time we have to do some of the arrest involving those who are also patronising because if you don’t go there, they would go and stand there the whole night, nobody calls them the whole night, I don’t think tomorrow they will come back,” he said.

The Immigration Officer said it would be important for men patronising the services of female sex workers to desist from the act to help address the challenge.

“The whole thing is demand and supply. If the demand is not there, the supply won’t be there. Because we are patronising, that is why they always go there; they find it to be lucrative.’’

The Ashanti Regional Security Council is embarking on an exercise to clamp down on prostitutes and their patrons because it is illegal and a public nuisance.

Since the exercise started thirty-six Nigerian prostitutes arrested in the exercise have already been repatriated.

The Council says prostitution has become a bad influence on minors resulting in increasing child prostitution in the region.

He added: “those who are arrested, you do find minors. Some [of them] are below 16-years; some around 14, 15 years all indulging in such illegal activity.’’

According to him, it was time for people patronising services of prostitutes to be arrested.