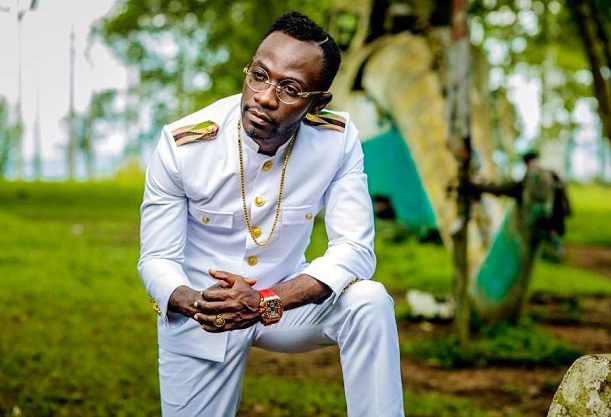 Ghanaian Rapper Okyeame Kwame has said in an interview on Highlife Paradise with Fiifi Pratt, that the rap by the current generation of rappers including Medikal, Flowking Stone, Sarkodie, and others is genius.

The ‘Bra’ hitmaker said the current breed of Ghanaian rappers have infused what was done in the past and what was relevant today, to churn out great works.

Okyeame Kwame explained that Ghanaians must not be too quick to criticize negatively the works of the new rappers but rather encourage them.

To him, what the new rappers are doing today is ‘’legendary’’ and should we take them to meet the likes of Busta Rhymes, they would bow before our Ghanaian rappers.

He was however, quick to add that we need to take a critical look at our society and know what they want because the society is the market.

‘’We should not be too quick to put young people down. What they are doing is genius and legendary. They have managed to blend what was done in the past and that of today to develop it. However, we need to take a critical look at our society and examine what they want,’’ he said.

He noted the society is fond of sexually suggestive content and because of that rappers create contents to meet the demands of music lovers.

Okyeame Kwame stressed the need for Ghanaians to appreciate the new crop of rappers, encourage them because they are doing well.

He was emphatic that ‘’the majority of the rap we hear today are better than the previous generation.’’

Despite disagreements from the host on his position, he insisted the current breed of rappers are good and doing their best.

To those who argue that music must always reform and educate, he had a different view saying, it is not always the case that songs must reform people. There are some songs that are meant for entertainment.