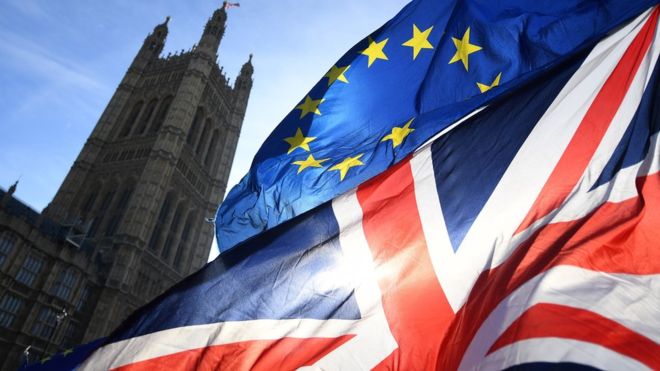 The EU has said there is no basis for any further Brexit talks while the UK continues to insist on making changes to Theresa May’s withdrawal agreement.

But Downing Street is rejecting claims it wanted talks to fail to allow a no-deal Brexit to be pushed through.

A spokesperson said they hoped the EU would rethink its refusal of changes.

They said the EU “needed to change its stance”, as Mrs May’s deal will not pass through Parliament in its current form.

They added: “We will throw ourselves into the negotiations with the greatest energy and the spirit of friendship and we hope the EU will rethink its current refusal to make any changes to the withdrawal agreement.”

The plan negotiated between the EU and former Prime Minister Mrs May was voted down by MPs three times.

An EU negotiator told the meeting on Sunday: “With only a few weeks to go we are back where we were three years ago.”

New Prime Minister Boris Johnson has pledged to “do or die”, and leave the EU by the deadline of 31 October, with or without a deal.

A senior EU diplomat said in the meeting that a no-deal Brexit appears to be the UK government’s “central scenario”, according to the Daily Telegraph and theGuardian.

“It was clear UK does not have another plan. No intention to negotiate, which would require a plan,” the diplomat is reported to have said.

Mr Frost reiterated the prime minister’s stance that the backstop element of Mrs May’s plan – which aims to prevent a hard border returning between Ireland and Northern Ireland – had to be abolished.

The backstop – agreed by Mrs May in November 2018 – would see Northern Ireland staying aligned to some rules of the EU single market.

Mr Frost said Mr Johnson’s new ministers were not bound by commitments made by the previous government.

One of the EU’s Brexit negotiators told the meeting that the G7 summit in France at the end of August could mark the point where a no-deal Brexit becomes inevitable.

A diplomat at the meeting told Adam Fleming the negotiator’s comments simply reflected the speech Mr Johnson gave in the Commons the day after he became prime minister.

No reason to get back round the table

The EU is not optimistic about any agreement with the UK.

The message they are getting from Boris Johnson’s team is that the UK is not going to sign another deal unless it involves getting rid of the backstop.

But the EU has been clear time and time again that it isn’t going to do that – the backstop is an integral part of any withdrawal agreement and it has to stay.

So the conclusion of officials is there is no reason to get back round the table at the moment, for the simple reason that they don’t think they can meet the conditions Boris Johnson has set.

There are a couple of months to try to eke something out from one of the sides – to see if somebody blinks and there is some room for negotiation either in Brussels or in London.

But at the moment, many people think the direction of travel is heading towards a no-deal Brexit.

The meeting follows an interview with Health Secretary Matt Hancock, who said Parliament could no longer block the UK from leaving the EU without a deal.

In a no-deal scenario, the UK would immediately leave the EU with no agreement about the “divorce” process, and would exit overnight from the single market and customs union.

Opponents say a no-deal exit would damage the economy and lead to border posts between Northern Ireland and the Republic. Other politicians argue any disruption could be quickly overcome.

Mr Hancock said MPs had a chance to stop the outcome a number of times in recent weeks, but had failed to vote it through.

But prominent pro-EU Conservative Dominic Grieve said there were still a number of options available to MPs to block a no deal – including bringing down the government with a vote of no confidence, and setting up a new government in its place.

Meanwhile, Foreign Secretary, Dominic Raab, will begin a tour of North America on Tuesday as part of a bid to “fire up” the UK’s trade relationships with countries outside the EU.

He will visit Canada, the US and Mexico.

Mr Raab said the foreign ministers he saw at a meeting of the Association of Southeast Asian Nations in Thailand last week expressed a “consistent warmth” for the UK and a “desire to work more closely with us”.

However, the former US treasury secretary, Larry Summers, has said he does not believe the UK will manage to secure a post-Brexit trade deal with Washington.

He told BBC Radio 4’s Today programme: “Britain has no leverage, Britain is desperate… it needs an agreement very soon. When you have a desperate partner, that’s when you strike the hardest bargain.”

We must restructure the colonial structured economy-Nana Addo