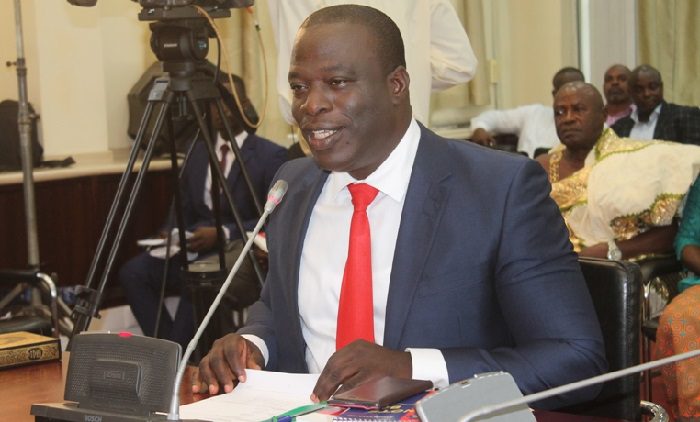 The Minister of Employment and Labour Relations, Hon Ignatius Baffour Awuah has announced an increment of the minimum wage (NDWMW) by 11% over the 2019 daily minimum wage of GH¢10.65 to GH¢ 11.82.

The increment will take effect from 1st January 2020.

He made this known at a meeting with the national tripartite committee (NTC)in Accra on Thursday.

The Minister at the press briefing directed all establishments, institutions or organisations, whose Daily Minimum Wage is below the new NDMW to adjust their wages accordingly starting from the implementation date.

He said the agreement was reached at the National Tripartite Committee (NTC) meeting on Monday, August 26, where they concluded negotiations and the NTC recommended that the minimum wage should be tax-exempt.

He said the Public Services Joint Standing Negotiating Committee (PSJSNC) comprising Government, represented by the Fair Wages and Salaries Commission, Ministry of Employment and Labour Relations, Ministry of Finance on one part, and Organised Labour, Associations and Institutions on the other part, concluded negotiations and reached agreement on the Base Pay for 2020 per day.

On his part, the Secretary-General of the Trade Union Congress (TUC), Dr. Anthony Yaw Baah, commended the efforts of the government for the increment.

He said the increment will improve incomes and productivity in both the public and private sectors of the Ghanaian economy.