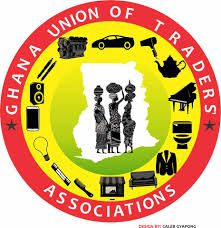 The Ghana Union of Traders Association (GUTA), has indicated that there were plans by the previous NDC government to train officials from Ghana Investment Promotion Centre (GIPC) and GUTA to train them and also give them prosecutorial powers to arrest all Ghanaians fronting for foreigners in the retail market.

He said the initiative stalled following the exit of the previous Mahama led administration.

However, this never happened due to the change of government, he said

He told Kwame Agyapong on Rainbow Radio 87.5Fm that the existence of foreign retailers continues to exist because of lack of political will to enforce the existing laws.

He called on the government to work in favour of Ghanaians as far as retailing is concerned and desist from protecting foreigners engaged in retailing in Ghana, an action that is against the Act of GIPC.

However, the lack of enforcement had forced GUTA to lament for a very long time about the operations of foreigners specifically Nigerians in the industry.

Section 27 of the  GIPC Act 865, bars foreigners from engaging in retail business in Ghana.

The section talks about the entry, admission and protection of investment as well as the activities reserved for Ghanaian owned enterprises.

It reads: (1) A person who is not a citizen or an enterprise which is not wholly owned by citizen shall not invest or participate in-

Two driver unions serve notice of a 30% fare increment if…