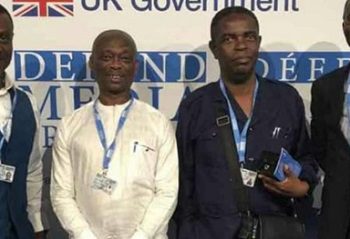 I know of a Minister of State whose daughter lost her voter ID after the last election and has vowed not to renew it. Reason? She politely asked the dad: “What’s there to vote for?”

I know a female NPP sympathiser, a fairly rich woman who, in the last election, paid for the marginalised in her area to travel to their home towns to vote, and “vote well”. Only six months ago, she told me, “I won’t vote again”. Someone who heard of her resolution attempted to persuade her to vote against NPP. “Ho, NDC? They are worse!” she hissed but added with a tone of regret in her voice: “I could consider them if they had any other candidate but Mahama.”

In a scenario not unrelated to political choices, I listened to Samuel Okudzeto Ablakwa on both Citi FM and Joy FM last Wednesday night in interviews concerning NDC’s letter petitioning the United States to probe the PDS-ECG saga. Even his worst enemies know that I have respect for his sharp brains. He lost that on Wednesday. Besides his unconvincing line or reasoning, he totally misconducted himself. His answers betrayed a party in desperate need of a straw.

But what was most revolting was his direct attack on the journalistic integrity of the interviewer, Umaru Sanda, that intelligent young man who anchors the Citi Eye Witness News. Merely because a journalist is punching holes in your argument does not make them a ”spinner” sympathetic to your political opponent. I shuddered to imagine this politician on BBC’s ‘Hard Talk’ programme!

Much as I disagreed with Okudzeto Ablakwa on the PDS affair, however, I had no grounds to dismiss his remark about the incumbent President’s penchant for exonerating his appointees who have had to face probes. I raise my fist to Professor Kwame Karikari for his recommendations during the Joy News (TV) interview this week. I am of the opinion that President Nana Addo Dankwa Akufo Addo is, by his deafening silence, denting his image as a human/media rights advocate and erasing his own history in anti-corruption crusades.

What can justify his government’s refusal, so far, to release the report of the Ayawaso West Wuogon shooting probe for which the country engaged some of the finest minds of the land? The delay only crystalises suspicion that some NPP ox may be in danger of being gored. Nothing justifies this delay, Mr President, Nothing!

While a criticism is not necessarily equivalent to a voter decision, I have learned that the likes of Professor Karikari, Pastor Mensa Otabil, Chief Imam Sharubutu, Imani’s Franklin Cudjoe etc do not necessarily vote on party lines: they belong to the floating voter population, that percentage of voters who swing election results with their like-minded neutral mass.

I repeat my opinion about Ghanaians. They may look tame, but they don’t allow anybody to take them for granted. What pisses them off is impunity — and I dare repeat that if impunity came with a stench, Ghanaians would be blocking their nostrils against many of President Akufo-Addo’s 110 ministers and other appointees.

Free SHS, fine; but President Akufo -Addo is squandering the precious goodwill of 2016. Is nobody telling the President that Ghanaians are discussing alternatives, only three years into his rule! Nothing lasts forever, except the love of God.

So here comes the question. Is there a credible and viable third force in Ghana politics? I believe there is. It may be in the CPP, and all the party needs to establish this position is only five per cent of the votes in 2020. With five per cent off, both the NDC and the NPP will gasp. The CPP would become the kingmakers.

I believe that only two personalities in the party can swing this margin for it. They are Kwesi Pratt and Kweku Baako. Ghanaians love and hate them with equal intensity — because often, their debaters cannot stand the superiority of their argument.

Since Kwesi Pratt has had a stint at the Parliamentary level (he lost only because he was stabbed in the back by the alliance) and since he is one year older than Baako, I tip him to be the flag bearer, with Kweku as running mate. Unfortunately, both of them are Fante. As a counter, the CPP can play the religious card: one is Muslim, one is unencumbered.

We need a third force in this nation. Forget that America and Britain have a two-party tradition. By the voting patterns at Westminster and Capitol Hill, it is obvious that unlike most of Africa, party affiliation does not sit on top of nationalism. Independent-mindedness cushions them against the evils of two-party dominance. It’s the invincibility that breeds impunity.

People cite President Hilla Limann’s loss of the budget vote in the Parliament of the Second Republic as proof that we can refuse to toe party line. Read political scientists. They will tell you that vote was fingered by the President’s own party financiers, who feared that if Limann opted for IMF oversight, they could not exploit the import licensing and administrative control system.

I am certain that outside of a Pratt-Baako ticket, the CPP has very few credible options.

CRM will not create unemployment-PRO, NPA