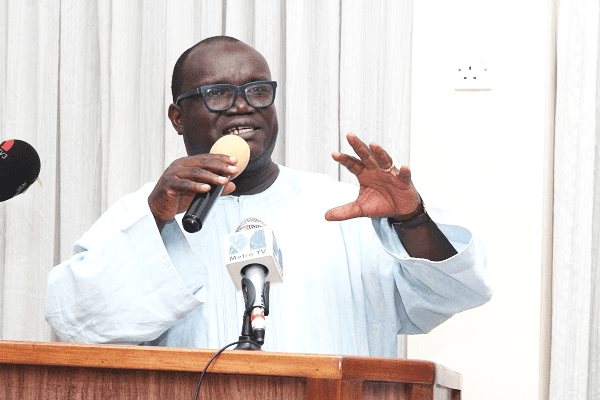 The Ghana Chamber of Telecommunications says the announcement of the increment in talk tax from 6 percent to 9 percent came as a shock to them.

The Chief Executive Officer (CEO), Ken Ashigbey,told Accra based Citi Fm that there was no consultation before government announced its decision, a situation he described as worrying.

Mr. Ashigbey said generally what has happened with this government is that before the reading of the budget, there is an engagement or a forum  called the tax dialogue where the Ministry of Finance engage with stakeholders.

”This did not happen before the mid-year review and so for us, this came as a surprise. We were not expecting communication services tax to go up, he said.

He said for this government pushing the digital agenda, it should have considered the decision to increase ‘talk tax’.

He indicated that if care was not taken, the consumer may be the one to bear the effect of this increment.

Mr. Ashigbey further noted that a businesses that depend on the telecommunication services would also be affected  and the revenue that they would generate for government to also get some taxes would also be compromised.

The Finance Minister Ken Ofori-Atta has announced an upward review in a number of taxes hoping to raise more revenues to implement the government’s programmes and policies.

He made this known when he appeared before Parliament to present the mid-year budget.

Ken Ofori-Atta said in his presentation that the government is proposing an upward adjustment in the Road Fund Levy, the Energy Debt Recovery Levy; and the Price Stabilisation and Recovery Levy to bring the ratios close to twenty-one percent to help bridge the financing requirements.

“Government proposes to increase the Energy Sector Levies by GHp 20 per litre for petrol and diesel and GHp 8 per kg for LPG, so as to increase the inflows to enable Government issue additional bonds to pay down our energy sector debt obligations. Based on current indicative prices for petrol and diesel this translates to GHp 90 per gallon,” he said.

He further indicated that the communication service tax should be increased the tax to 9% to develop the foundation for the creation of a viable technology ecosystem in the country.

Mr. Ashigbey said two of the major issues confronting the sub-region when it comes to the telecommunication industry is the cost of ownership and coverage, thus when the cost of investment goes up, it affects expansion.

The hope of the chamber he said would be to engage with parliament and the ministry to find ways in which we can bring this policy in place such that the maximum returns would be positive rather than negative.

“We are looking for a new, more progressive agenda with America” – Prez to US Congress Speaker Pelosi

Two driver unions serve notice of a 30% fare increment if…