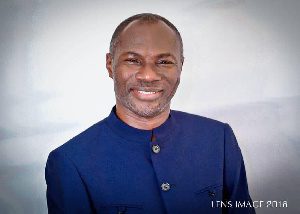 Residents in Kumasi have threatened to unleash mayhem on Prophet Badu Kobi for describing Asante as foolish.

The angry residents say they will attack the man if God if he dares come to Kumasi.

Rainbow Radio has gathered that the angry residents have also planned to petition Asantehene Otumfuo Osei Tutu II over the matter.

Founder and leader of Glorious Wave Church International Prophet Emmanuel Badu Kobi have caused cone under attack for describing Ashanti women as greedy, heartless, disrespectful, evil and materialistic, claiming they are not good materials for marriage.

A video of the pastor has gone viral on social media where he is heard launching an unprovoked scathing attack on Ashanti women.

But the angry residents say the man of God must render an unqualified apology for his disrespectful comments or face their wrath.